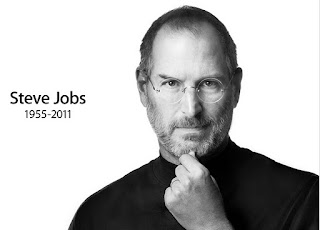 The other day, my friend and colleague Gauri Salokhe shared this article on the “dark side” of Steve Jobs. When I finished reading it, I thought to myself, is there anyone on the face of this earth who does not have a dark side?

I DO NOT THINK SO!

Quite frankly, I do not think Jobs aim was to live a beauty contest life or else he would not have achieved what he achieved nor served humanity the way he did. He had a vision and did everything he could to fulfill his vision. And yes, sometimes this meant harsh words, and yes, he may not have been loved by his colleague and yes he may have had a reputation of being an authoritarian. SO WHAT.

Jobs was a visionary, he was a strategist, he was a gifted human. He was one of a kind and guess what, we will not have another Jobs for years to come.

A word on charity..... giving charity is something very private. Those who sign cheques in public and use it for their self-promotion are not charitable people, they are narcissist and individuals who are very full of themselves and very empty people.

We will miss Jobs’ genius mind, his creativity and his insight. And you know what, his colleagues and team will miss his Jobs dark side and his bouts of anger when things start going wrong and when the going gets tough!!!!  It will be in these moments and hard times that they will miss Jobs, realize the difference he made and that is when they will say: “If he was here, these things would not have happened, we would have done things differently”.

It is safe to say that we have all benefitted from  Jobs "dark side", his obsession for perfection and his vision. The world needs more visionary people who thrive on perfection and if this means you need to have a "dark side" so be it!!!!

Steve, may you rest in peace and you're already missed tremendously.
Posted by Unknown at 23:40